We see a good deal of sports injuries in our Lincoln clinic, and Dr. Kallio is generally able to help these athletes. Stanford Children’s Hospital reports that over 3.5 million children aged 14 and below are hurt each year when playing sports. Add that to the close to 2 million adults hurt every year while participating in sports-related activities, according to statistics compiled by the U.S. Department of Health & Human Services, and you can start to see the importance of preventing these sorts of widespread injuries. One way to possible realize that goal, as reported by a study released in BMC Musculoskeletal Disorders, is to receive regular chiropractic treatments.

For this study particularly, all of the players was given medical treatment. In addition, half of them also were given chiropractic treatments at the rate of 1 session per week for the first 6 weeks, biweekly treatments for the next three months, and one session per month for the final three months of the study. The remaining half were given no chiropractic intervention at all and were used as the control group to determine the benefits of chiropractic adjustments.

Following twenty-four matches, researchers noted a reduced amount of lower limb muscle strains in the group that had received chiropractic care. Additionally, that same group also missed fewer matches connected to non-contact knee injuries. This lead the researchers to conclude that chiropractic ought to be made an addition to sports training programs to effectively reduce the number of leg injuries.

If you or your child plays sports and you would like to ensure more time is spent on the field as opposed to on the sidelines, call our Lincoln office at (402) 484-5166 and make an appointment today. We will do our best to keep you in the game! 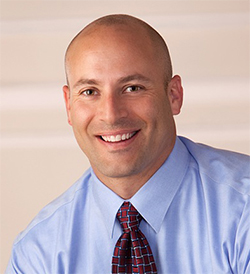 Comfort Family Chiropractic
Dr. Alex Kallio is a Nebraska native born and raised in a small farming community north of Fremont. He attended the University of South Dakota in Vermillion studying Human Biology. Following undergraduate school he attended Northwestern College of Chiropractic in Bloomington, Minnesota and earned the Doctor of Chiropractic degree in 1999 to go along with his Bachelor of Science in Human Biology. He lives in Lincoln with his wife Jennifer, and daughters Maya, Elayna, and Maggie. An active marathoner and triathlete; Dr. Kallio is passionate about educating the Lincoln community about the benefits of proper exercise, a sensible diet, and natural chiropractic care.